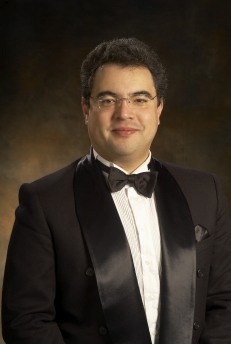 Dr. Yuri Ivan is in his tenth season as Music Director of the Linden Hills Chamber Orchestra. Mr. Ivan has a wide variety of conducting experien
ce and is fluent in five languages. From 1996-2000 he served as a Resident Conductor for The State Theatre of Opera and Ballet in Dnepropetrovsk, Ukraine, where he conducted Carmen, Rigoletto, La Traviata, Pagliacci, Eugene Onegin, Die Fledermaus, The Sleeping Beauty, Giselle, Don Quixote, Swan Lake, La Fille Mal Garde and other productions. In 2001, Mr. Ivan was named Artistic Director of Trans-Carpathian Philharmonic, co-founded the Uzhgorod Youth Orchestra and the Young Virtuosi music festival in Ukraine. He also appeared with Lviv Opera, the National Symphony-Pops Orchestra of Ukraine, and the Northern Hungarian Symphony. Since 2007, Yuri Ivan has also been Artistic Director of the Kenwood Symphony Orchestra and has served as a conductor for the Metropolitan Ballet. He is the Music Director of the Byzantine Choral Music Festival Minnesota which he founded in 2010. He is also the Music Director at St. Constantine Ukrainian Catholic Church. Dr. Ivan completed his doctoral studies in conducting at the University of Minnesota.